Trained by Romana’s Pilates® since October 2010

Neither a fitness fanatic nor a profesional dancer. I'm just a teacher who wants to share the benefits of a method that allows daily movements to become easier and more efficient thanks to better posture and breathing.

What brought me down this path?

During my childhood and adolescence I suffered greatly from asthma which made most physical activities difficult to partake in. At the age of 20 I decided to try to find an activity that could be adapted to my needs and I stumbled upon a Pilates class. It was a revelation ! Not only had I finally found a method that worked on breathing as much as physical reinforcement but I also discovered the importance of creating a connection between mind and body and rebalancing the body 's musculature.

In 2009 I decided to devote my professionnal life to helping others the way my Pilates teachers had helped me. I followed a rigorous training program of over 800 hours at True Pilates New York under the watchful eye of Sari Mejia-Santo, the daughter of Romana Kryzanowska (one of Joseph Pilates' protegés). The training I received not only taught me the repertory of exercises but more importantly how to customize a class to the needs of a person based on his or her posture, breathing and way of moving.

Since receiving my diploma from Romana’s Pilates® in 2010, I continue each year to partake in various training programs that allow me to understand the Pilates method on a deeper level and incorporate complementary methods of body work.

In 2011 I settled in France and started giving classes at the Studio Danse Pilates in Paris and Padma Studio in Fontenay-sous-Bois. In 2014 I decided to try my hand at owning my own studio in Fontenay-sous-Bois, which I called Pilates Connection. It was a very enriching experience but for the last couple of years I have felt the need to « get back to nature » . So, in 2021 my partner and I decided to leave the hectic city life for a calmer, more balanced life in the Normandy countryside.  We found a property where I can create my own little Pilates studio as well as a vegetable garden and one day we'll be able to offer a B&B rental. 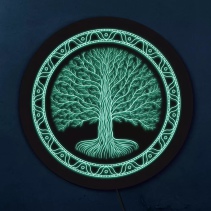 Don't speak French? No problem, I can give classes in English!